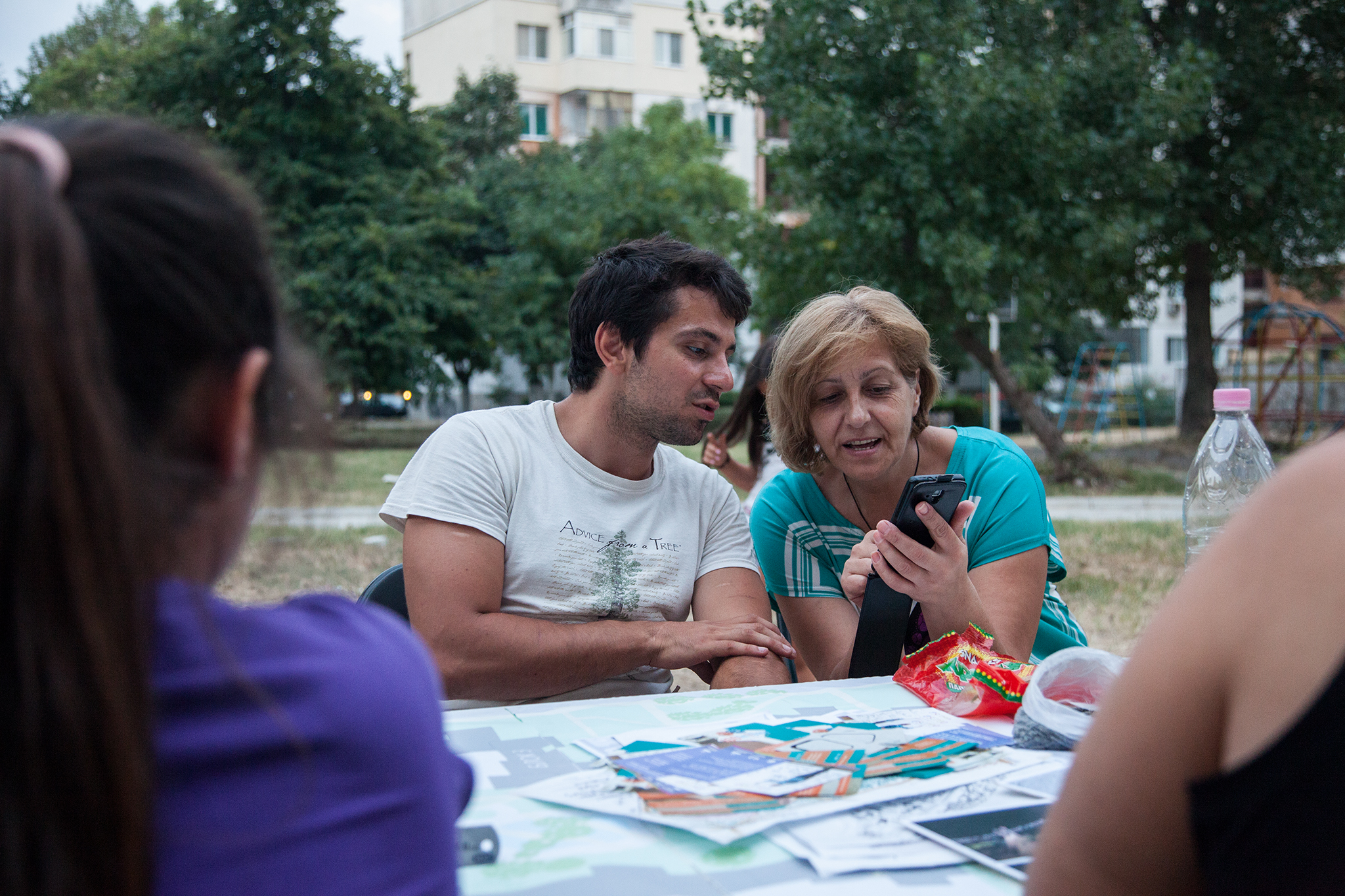 The main intervention of ONE ARCHITECTURE WEEK 2016 aims at testing new models of involving citizens in the process of constructing, changing and maintaining of the urban environment. The first step in this process was done in July by the team of |In|Formal who carried out a number of meetings with the inhabitants of the buildings adjacent to the green area chosen to be the location for the main intervention.

The second step of the process is the design brief, which |In|Formal have composed on the basis of the analysis of their interaction with the inhabitants, as well as their observations of the social dynamics of the location. This brief constitutes the base of the work, which is to be carried out by the three foreign teams that have been invited as designers of the intervention.

In the next 10 days, on basis of the brief, the designers will develop their initial ideas about the interventions in the green area. In mid-August |In|Formal will construct again the mobile structure (Neighbourhood chat) at the location in order to discuss the initial ideas with the inhabitants. This process will lead to the final decision about the form and content of the intervention.

Similar to previous festival editions, the 2016 intervention of ONE ARCHITECTURE WEEK is an experiment. This time we aim to achieve an improvement of the urban environment, which is adequate to the local context and desires of the inhabitants, and which is recognised and further maintained by them in the future. Citizen participation is the key word in this endeavour.

The design brief can be downloaded from here (in English only).