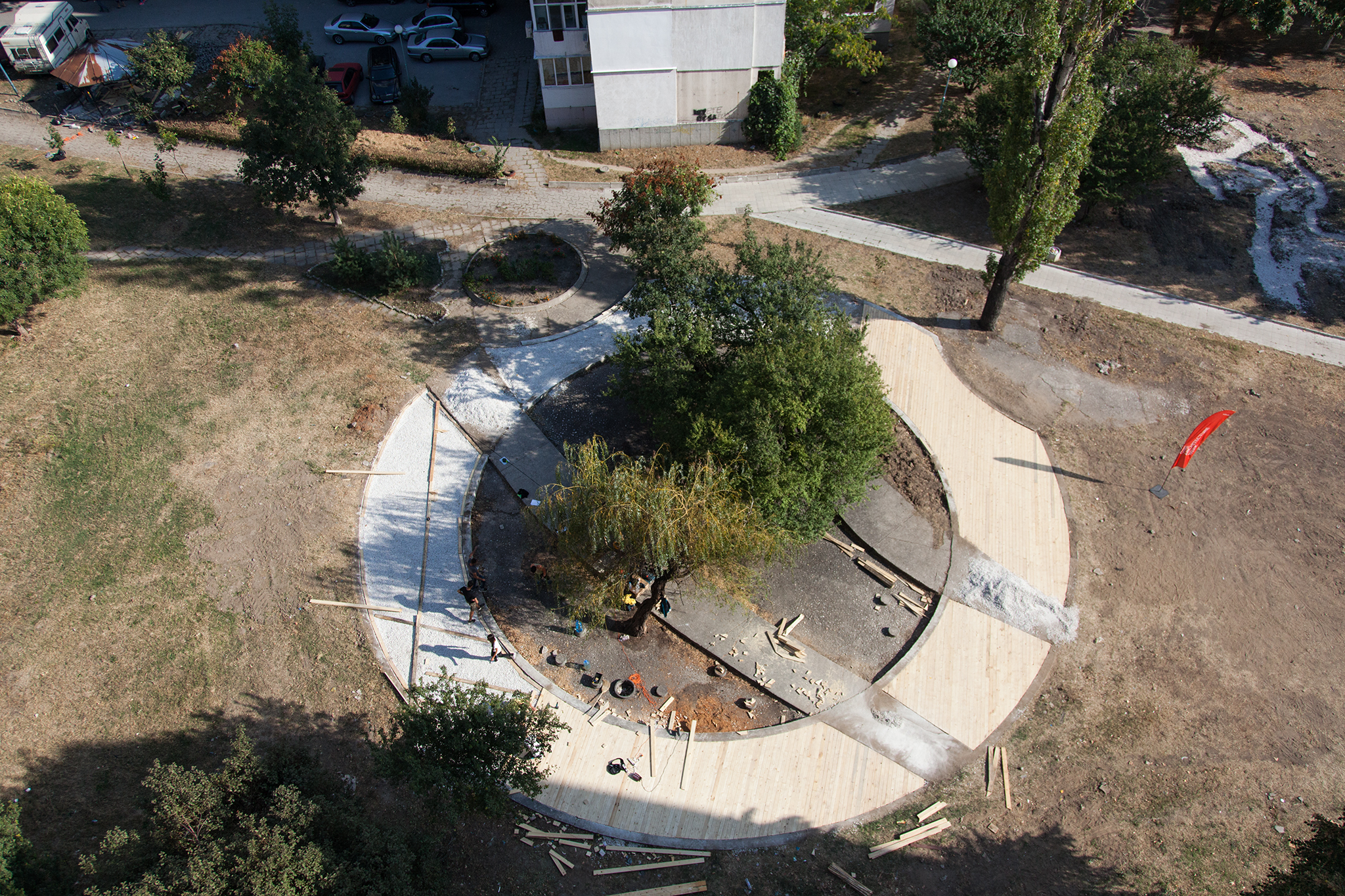 The district of Trakiya was designed in the 1970’s to become an exemplary plattenbau district; it is now the largest in Plovdiv. Inbetween block 1,2,3 of the post-war panel flat housing estates of Trakiya we found this abandoned outdoor swimming pool. A place at once generic and specific, the pool is present through its physical traces only, having been dry for nearly the entire time of its existence. All pool-appliances have been removed, the basin is filled with concrete. A large amount of the state-built apartments were privatized right from the beginning; today all apartments are private property. While private initiatives to customize these private apartments took off especially after the fall of communism, hardly anybody laid a hand on the communal pool structure.

What does this common ground mean to the people living around it? In modernist housing estates such as Trakiya there is vast in-between space which belongs to nobody in particular and to everybody in common; it is a space beyond ownership and the individual home. Such space creates distance, but also links buildings and inhabitants, places them together; it is public as a place for negotiation – for relationships, also conflicts, that areliveable, as much as for solidarity.

The swimming pool articulates this promise, more ghostly than concretely, in its concrete remains. There is something “in the air”: the promise of modernist high-rise premises, the promise of the right to affordable individualized housing and of communalism. While both promises, in their utopian dimension, are far from being fulfilled, we want to collectively reactivate part of this larger project by starting with exactly this pool. We are today also incapable of filling it with water, but we can start to collectively re-activate it from its fringes: we are together with some inhabitants of block 1,2,3 turning the pool´s well-organized geometric setting into a central meeting place, a place to exercise, to dance, to debate, to contemplate. We will probably meet people listening to music or having conversations there, and who knows – it might be a Punk or HipHop song about the decay of modernist cities´ they´re listening to, and it might well be mass housing´s utopian potential and the power of citizen agency they´re discussing. (GH)

Landscape architects of pool in 1973: Katya Geneva and Vasilena Kostova 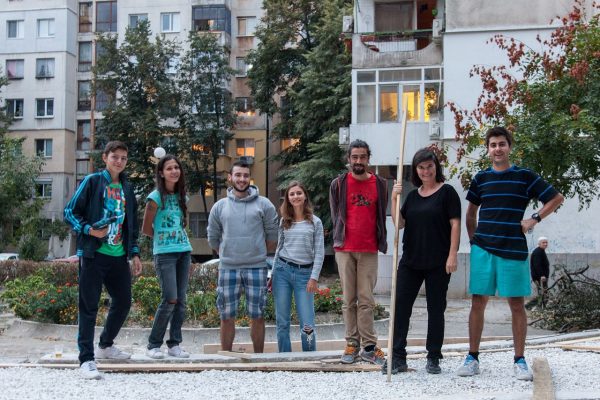 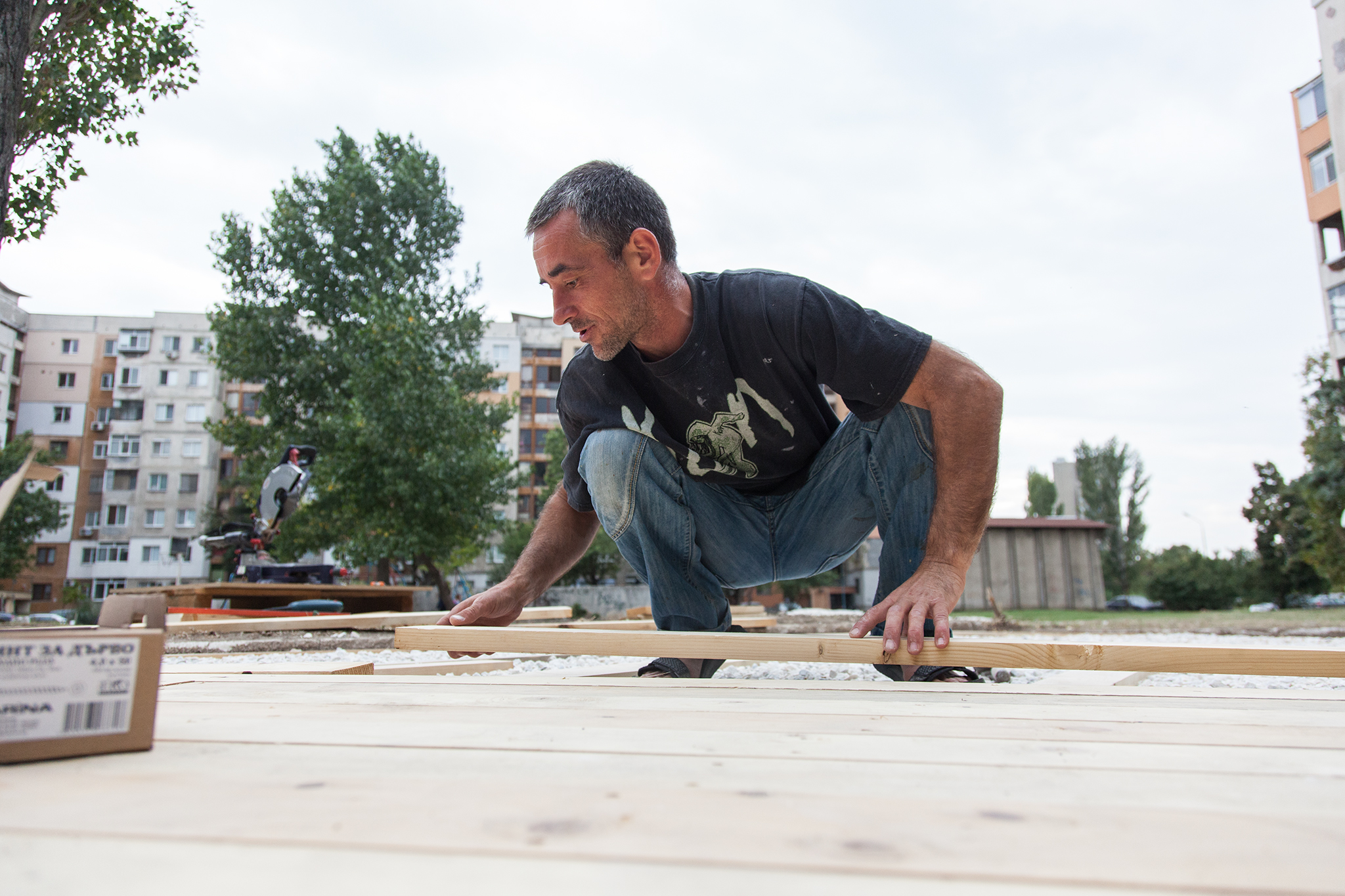 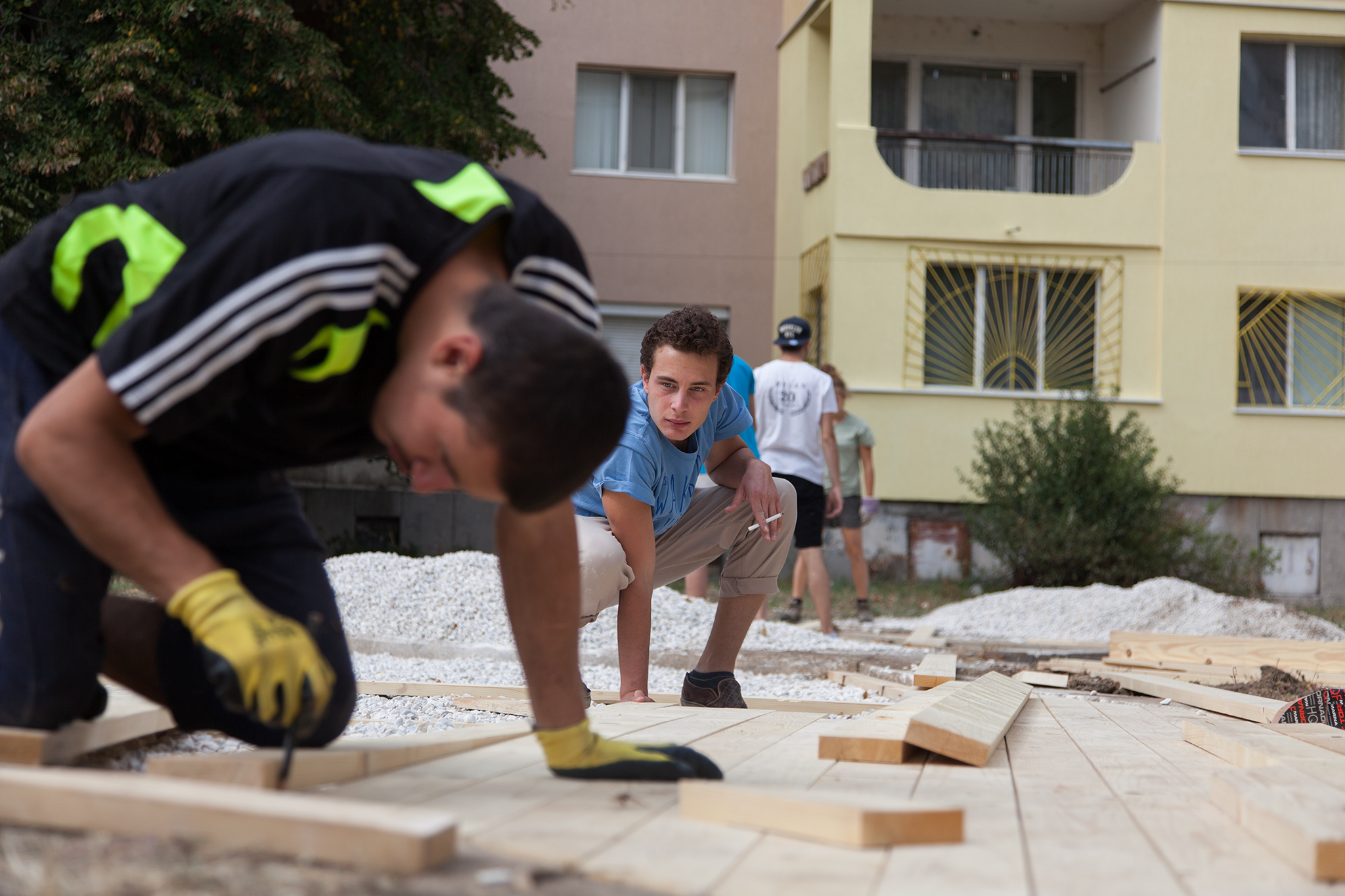